Last week I decided to not do the Swipe of the Week to see if a little bit of public shaming helped out but apparently it did not so we are back to the drawing board here. This week we will look at the contract for Panthers defensive tackle Kawann Short. For whatever reason despite the fact that this was a big contract the only place that had a full breakdown of the contract was OTC until just the other day when it finally popped up on Spotrac. Here are the side by sides 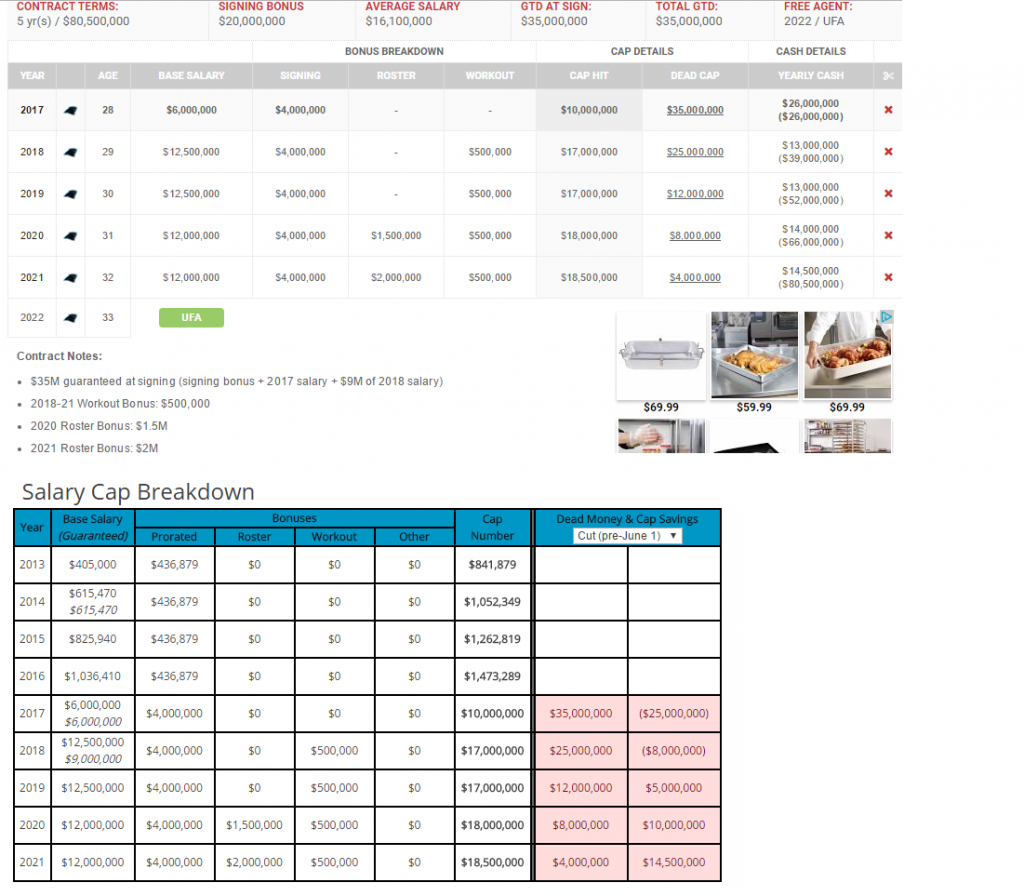 So once again it all matches up, which is great, except only one of us knows that there are some inconsistencies in the contract.  I decided to shift $500,000 from Short’s base salary into his roster bonuses just to identify if we had any people scraping the data. Needless to say once again Spotrac has the same exact mistake that is listed on OTC. The offseason bonuses in this case should be $1M and $1.5M with $12.5M bases rather than the $1.5 and $2M with $12M bases now listed on both sites.

Normally we are lumped in as a “verified report” but Spotrac did indeed cite a source this time, Josh Edwards of Pro Football Talk. Unfortunately the link only takes you back to Spotrac’s contract page for Short so I couldn’t track it that way to see if they were the culprit. I don’t know of any Josh Edwards writing for PFT and didn’t come up with anything on an internet search, but maybe he meant Josh Alper? I couldn’t find anything with him either breaking down the Short deal but I cant picture them grabbing numbers from OTC and passing it off but if they did so I hope that at least correct that in the future so others like Spotrac can at least attribute it to the correct source.