If you would like to learn more NFL contracts, free agency, the salary cap and the CBA, check out my book available on Amazon.com which provides an in depth discussion on those topics. 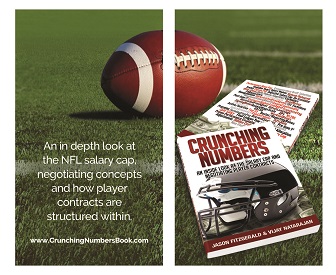