So each week or so I am going to continue to post contracts that we have independently sourced on OTC which are being used to populate the Spotrac databases with no credit whatsoever being given.  Its been going on for years and Im sure it wont stop but at least I can bring more attention to the practice. Last week we looked at the Reshad Jones contract and this week we will look at Michael Oher.

As you can see the two sites once again match up as shown in the following screen capture. 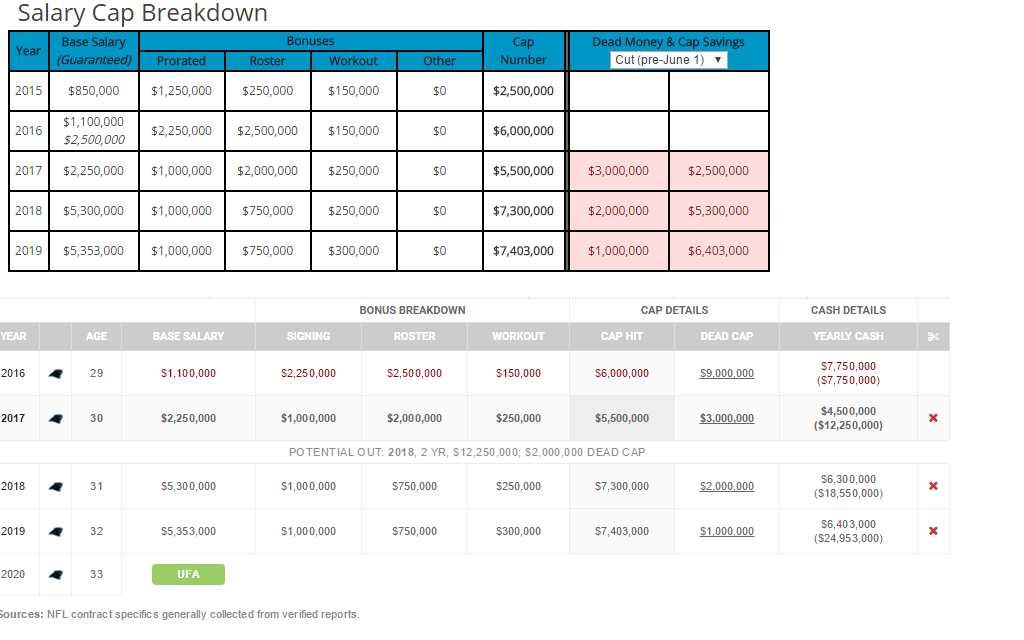 We sourced this one ourselves and Spotrac seemingly got their information from one of their real deeply embedded sources listed as a “verified report”.  Last week I gave them some benefit of the doubt and said maybe there was a very slight chance there would have been a coincidence causing the match to occur (weve since fixed it so well see when they do too).  There is pretty much no chance of that in this case.

Both sites list a base salary for Oher of $5.353 million. That’s a pretty specific number right?  Except only one of us knows that the number is incorrect and fabricated. The actual salary should be $5.3M. The extra $53K was just thrown in by me to identify the numbers being swiped. So I’d say this is a pretty clear cut example of the “verified report” not exactly being very verified.